Difference between revisions of "Advertising Networks"

There are several companies supporting distributed advertising networks in Second Life. The distributed network usually means that company have partners, or publishers who display ads on their parcels.

The advertising materials (images along with landmarks, urls or notecards) are delivered to the publishers' parcels automatically.

These are links to companies with ad networks in Second Life. Some of these are listed in the Tools directory on the Second Life Grid website. 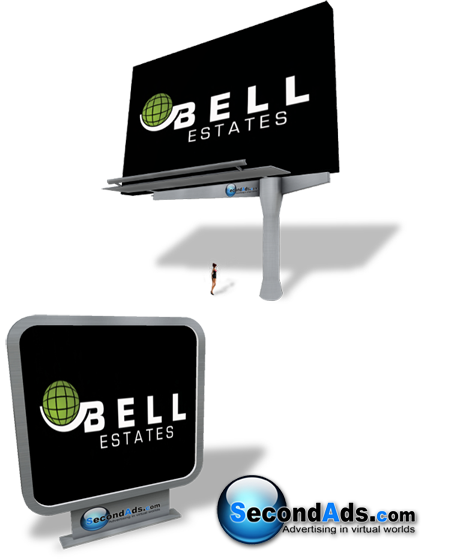 SecondAds is a virtual advertising agency that runs most successful grid wide advertising network in SL. Dedicated to grow and evolve ad networks for virtual worlds with belief that advertising is as important and crucial for existence of virtual businesses as for any other real life business on world wide web. Concept is taken from most prominent online ad networks such as Google Adsense and Yahoo ad network. Ad network system lets people with virtual lands benefit from their traffic by displaying ads through our SecondAds Ad Publishers boards placed grid wide.

Recently SecondAds have developed the revolutionary Goldtokens.net gaming tools that allow landowners to bring gaming traffic to their sims. This network enjoys a high participation rate with many thousands of active users per month.

SecondAds also operates KingdomsAndEmpires, an online web browser based strategy and trading game. K&E is currently played by several hundred players participants from Second Life. KingdomsAndEmpires lets SL businesses to advertise as sponsors of players community with proceeds from the advertising shared to all K&E players.

GroupCast is the advertising marketplace dedicated to Second Life groups.

With GroupCast you can place your ad on the groups of your choice. You can setup a complex schedule and send ads automatically. Vise versa, if you own a group and want to earn Lindens, list your group with GroupCast. You will expose your group to hundreds of advertisers!

RezAds is a pay-per-click billboard ad network that has been in Second Life since 2008. As of 5/01/10 have 449 billboards in over 200 different regions within Second Life. They charge 10L/click to advertisers who are shown in real time who is clicking on their ads and from where. They also allow anyone to become a publisher by hosting various size billboards. Setup is completely automated for advertisers and publishers.

If you are looking for pay-per-click billboard ads, check the Ad Fusion network

Subscribe-o-matic is a great collaboration tool which offers functionality similar to SL groups, but with extended features.