The goal is to ship a new, additional rendering mode for not-old graphics cards that greatly improves the quality of the in-world visual experience and immersion. The two main features of this (optional) mode are support for real-time shadows and much-improved lighting. 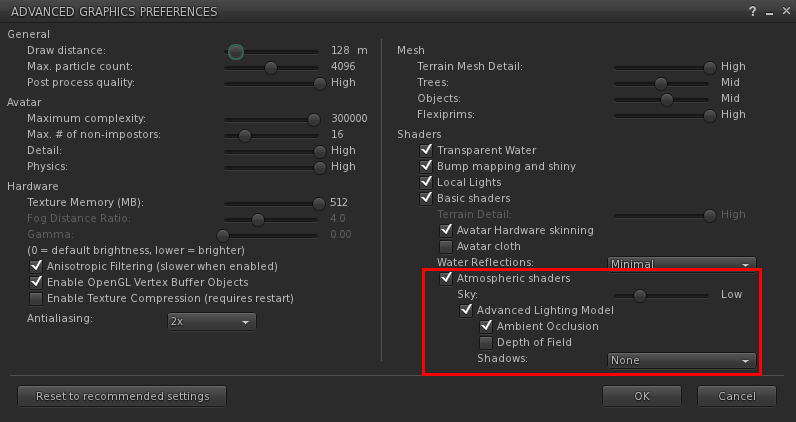 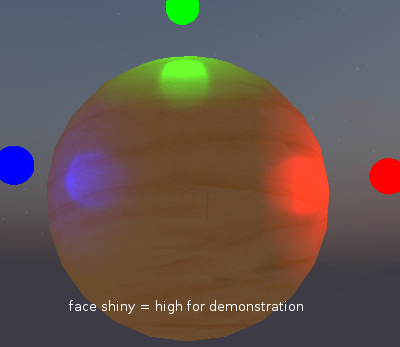 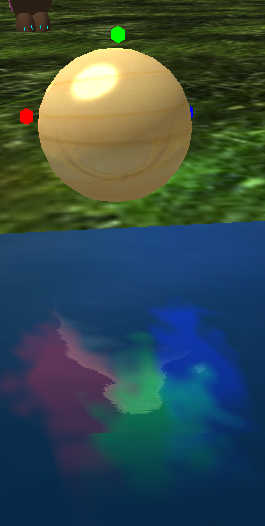 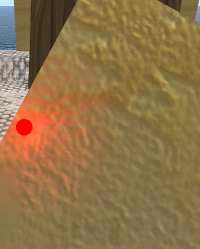 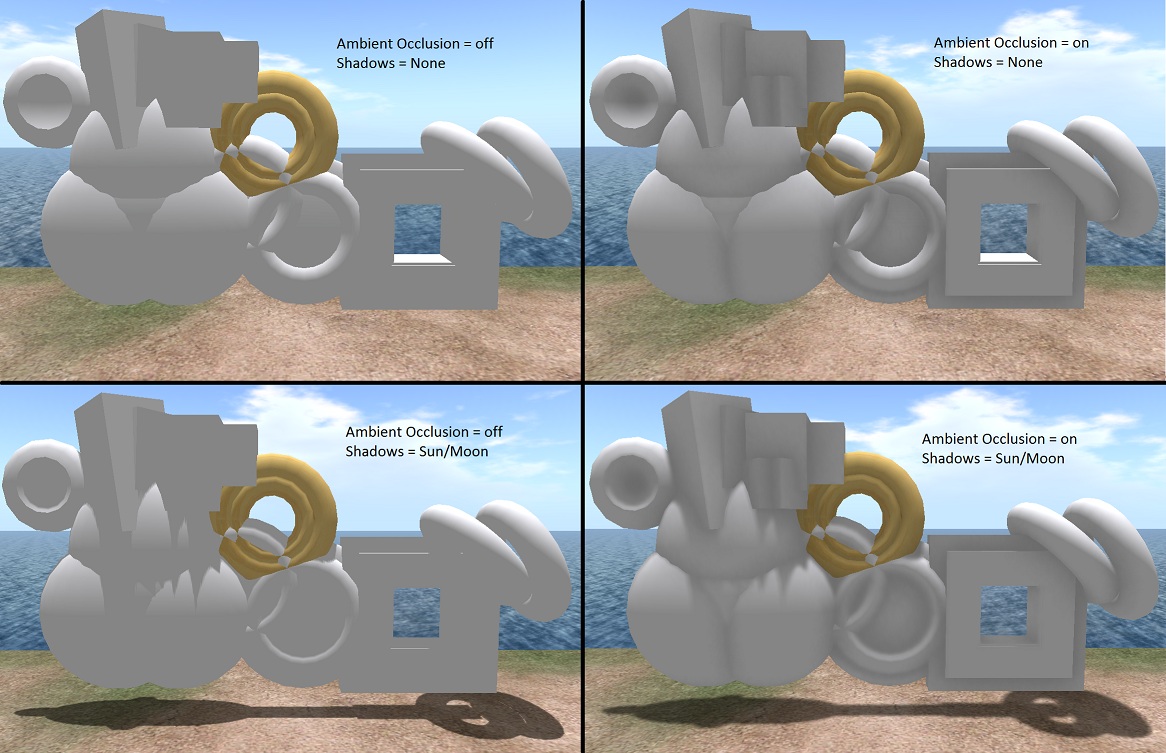 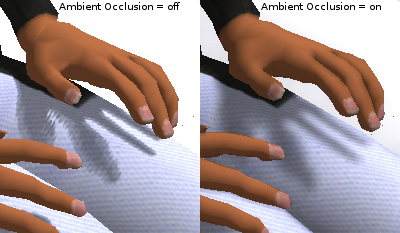 Shadows should be cast in a direction opposite to the location of the sun (or moon) in the sky, i.e. realistically. If there is no sun or moon above the horizon, then effectively the whole world is in shadow and you won't see a clear shadow at all.

Note, it is expected and desired that an object (or twisted prim face, etc) which both casts and receives shadows may cast a shadow on itself. For example, an avatar's arm should cast a shadow on that avatar's leg, where appropriate.

Things that can cast solid shadows

Things that can cast partial shadows 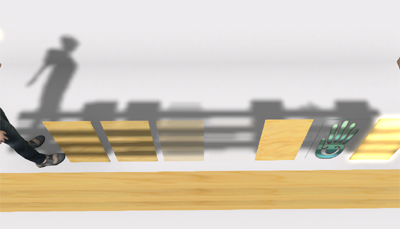 Things that can receive shadows 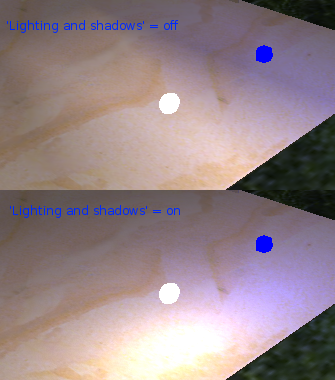 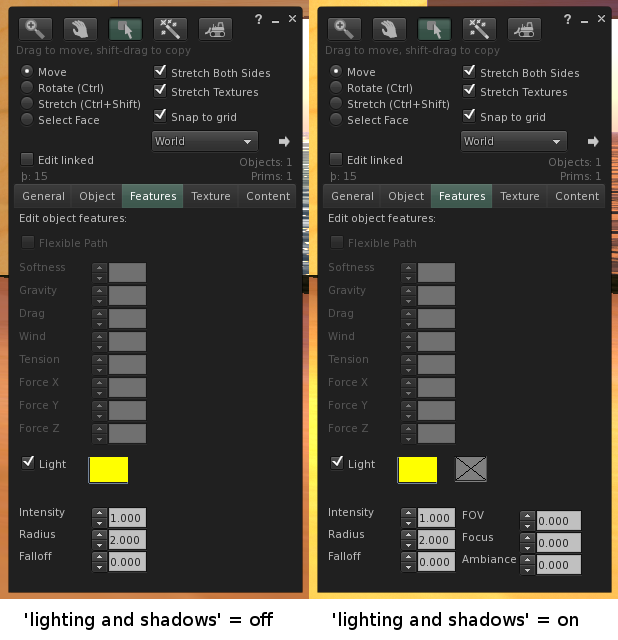 The extra options are:

The effects of these options are explained in the next section. 'FOV', 'Focus', and 'Ambiance' settings have no visible effect unless a texture is selected in the texture-chooser. 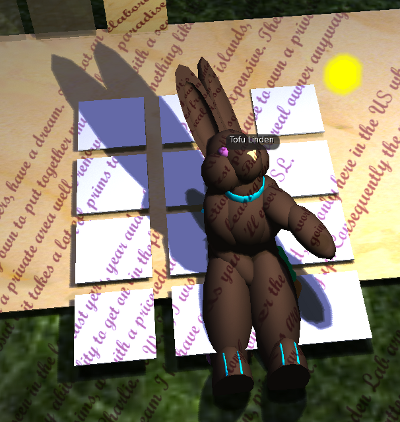 A light becomes a 'projector' as long as it has a texture assigned to it (from the texture-picker next to the color-picker in the light editor). The features of projectors are only fully visibly supported when 'Advanced Lighting Model' is enabled (more details below).

A projector differs from a regular ('point') light in these significant ways: 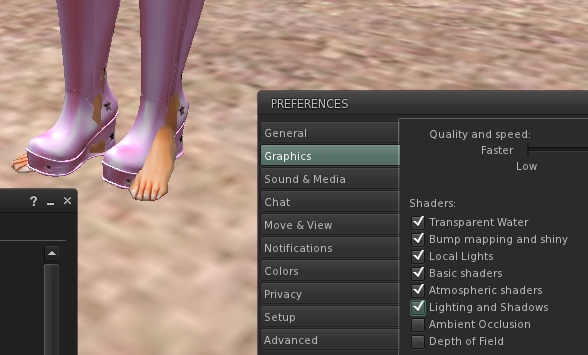 A projecting prim reflecting in a shiny surface should exhibit a reflection of the projecting prim's projected texture. This should be increasingly sharper and brighter, the more shiny the reflecting surface is.

This defines the 'field of view' of the projector, in radians. This is the angular width of the cone of light projected. The possible range of values from 0.0 to 3.0 correspond to widths from 0 degrees (you can't see it - we should probably set this lower range to 0.001) to approx 172 degrees (almost a hemisphere of influence). It is accepted that the fidelity of any shadows caused by a projector may degrade as the FOV becomes larger. 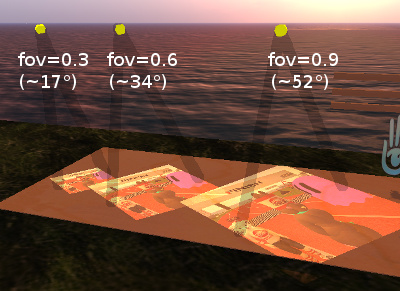 This adds a very blurred version of the projected image to all faces within the cone of influence, regardless of even whether they are in shadow or facing away from the projector. The goal is to very roughly simulate light influence which is being diffused in all directions by surfaces receiving a projected image. Thus it is acceptable that this be even brighter on faces facing away from the projector. The brightness of this effect should be proportional to the Ambiance value. It is probably a bug that values from 0.5-1.0 seem to have no additional effect above the 0.5 value. 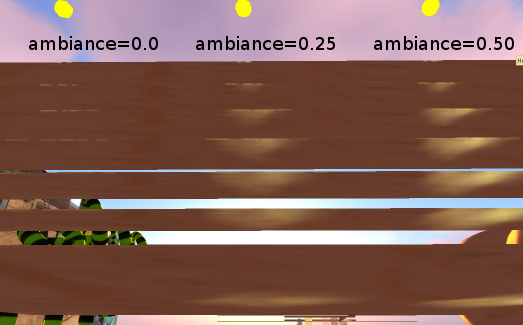 Atmospheric/Sky (aka WindLight) settings should function pretty much identically regardless of whether 'Advanced Lighting Model' is enabled (they may be slightly better or otherwise more accurate when 'Advanced Lighting Model' is enabled, but the difference is hardly noticeable if things are working right). This can be tested by comparing the Environment Editor's sky presets in both modes (especially the more 'extreme' presets like Gelatto). 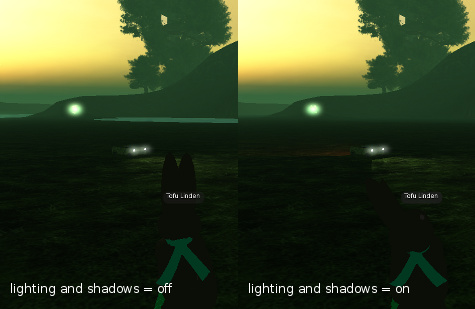 Although the overall appearance of water is a bit different with 'Advanced Lighting Model' enabled, it should still respond similarly to all tweaks in the Advanced Water Settings section of the Environment Editor. This can be tested by comparing the Environment Editor's water presets in both modes.

Antialiasing while Deferred rendering is enabled is supported on the following platforms [as of Nov 2011]: