This project seeks to improve the following aspects of Second Life:

Though we could conceivably proceed without these, the following two improvements may improve the project's chances of success: 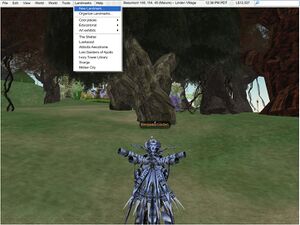 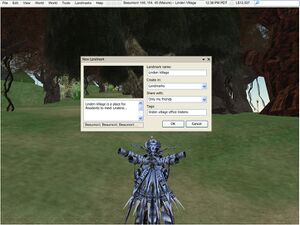 Creating a new Landmark while standing in a particular place IW 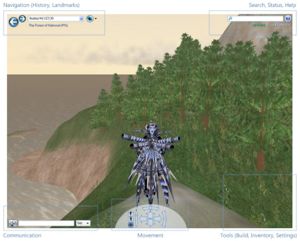 Here is another concept image for the location/back button feature

Describes functionality that allows users, when browsing friends' picks, to make one for themselves, then VWR-479 should be reviewed for technical challenges, backward compatibility, etc.

Note that according to this June 2008 posting from Vectorform, this section is pretty much entirely obsolete, and they are no longer considering moving Landmarks out of inventory, or deprecating Picks.

Should we move Landmarks out of Inventory?

Should we deprecate User Picks? If so, how?

Should we extend Web-type search further into SL? How, and how far?