From Second Life Wiki
< TPVD
Revision as of 10:40, 31 July 2013 by Oz Linden (talk | contribs) (Created page with "{{RightToc}} Many users do not upgrade viewers as newer versions become available, and TPV users seem to upgrade even less often than Linden viewer users. This may be because T…")
(diff) ← Older revision | Latest revision (diff) | Newer revision → (diff)
Jump to navigation Jump to search

Yes - the requirements are deliberately "soft" - subject to a Linden Lab judgement call.

Each channel may have any number of versions deployed. Whenever a new version is deployed to a channel, all earlier versions in the channel are offered an optional upgrade to the new version. The TPV developer is encouraged to specify a minimum allowed version; any version earlier than the minimum gets a required update response to the tip version of the channel, and is not allowed to log in to Second Life.

Version numbers must be unique within a Viewer Identfier across all channels, but TPVs do not need to worry about version number collisions with other viewers. 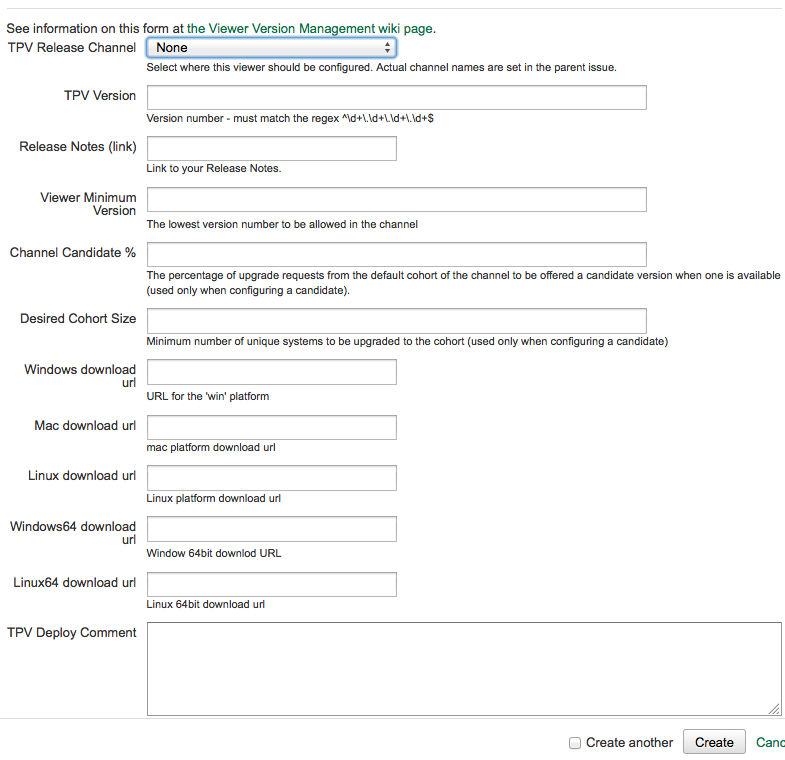