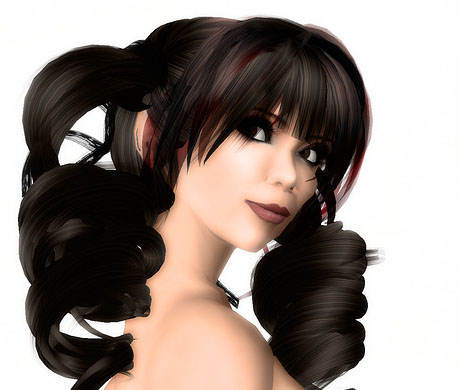 "We live in a world where there is more and more information, and less and less meaning"

Only a fool would try and define Art in Second Life.

But seeing as I am a fool - and a drunken one at that - I may as well give it a stab.

There is no Art inherent to Second Life. All attempts to classify and ismify the creative activities that take place on the grid every day will fail. Because to understand what counts as 'Art' on the grid demands that you step outside of the fourth wall that we inexplicably breach the minute we log on.

Every texture of something Other on a prim demands the viewpoint of a frame within a frame. Every object that responds to our 'touch' requires an infinite leap of faith - the ultimate Suspension of Disbelief - that our Avatars are 'us'.

And *that* is where the Art in Second Life lies - not within the scripted animation, or the tortured prim - but within the one true item that we have unconditional control over - our *selves*.

To see Art in Second Life is to see others. To create Art is to Be here. The translation of Real Life artifacts into the Virtual Space - whether that be literal objects, or outmoded Modernist post-constructions - is forever futile.

This is a New Space, and the only commonality between it and that that we normally occupy is our *selves*.

There is no Art. There is only Avatars.

Kisa Naumova is an artist and designer whose photographic work aims to explore the nature of digital imagery and video by restricting the processes and outcomes to purely digital techniques, and to push the validity of digital abstraction as more than a decorative element.

In Second Life, she is mainly interested in the relationship between the 'self' and the 'avatar', the connections between the 'mind' and the 'screen', and the implications of these on possible forms of artistic outcomes within the virtual space.

Her main 'role' in Second Life is as an academic, with most of her time spent on the LeedsMet sim. She has a gallery at Steiger, and is an admin of the Second Life Group on Flickr. She is also a Second Life Mentor

Kisa is married to Thaumata Strangelove.

In her First Life, she is a Senior Lecturer in Contemporary Art and Graphic Design at Leeds Metropolitan University in the UK, where her role focuses on the interdisciplinary nature of digital media and its practices. Her work has been shown at the ICA in London, the Leeds Film Festival, and featured in Creative Review magazine. She has also worked with the BBC, and is currently up to all sorts of secret things.

Kisa's real name is Graham Hibbert. He lives in Lancaster, with his cat. In September 2008, he married Thaumata in Real Life, in Chicago.

Kisa is not a professional coder, but likes to tinker with things and develop objects and scripts which do interesting things, in the hope that others will take her code and make useful things from it.

SL2Flickr is a little tool that simplifies sending snapshots from inworld to Flickr. Once you register with the site, all you need to do is send postcards to 'sl2flickr@eyefood.co.uk', and they automagically get added to your Flickr account and the Second Life Group (if you're a member), complete with a SLUrl and machine tags with geolocation data. 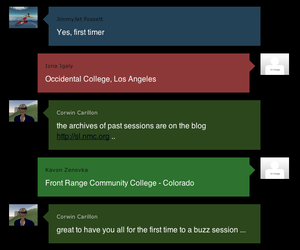 The purpose of this tool is to try and add some 'structure' to chats, to try and visualise more clearly the jostling of text from one avie to another, all wrapped-up in pretty colours - colours that are based on either the profile image of an avie, or their key.