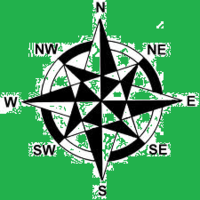 This article is made to give general information about automated vehicles and to offer important links to other themed articles. If you want to insert your own automated vehicles, please read Automated Mainland Vehicle Guidelines first. If you want to insert these vehicles on mainland, there is another thing you must think about: vehicle frequence. On private-owned land, you need to talk with the owners for permission first.

Automated vehicles can be divided into different groups:

Presence of automated vehicles is important. It improves transportation, offers an alternative to visit an area (some vehicles are good tourist guides) and improves local development. On all mainland continents, places with Protected Route are more populated (over 50% more populated) then sims without road, rail or water access. Presence of an automated vehicle seems to improve population density with 10 to 20%.

On the forums and knowledge bases, there were discussions about these vehicles [1][2]. It is clear that some people are happy to see these vehicles, while others are not. Some people follow these vehicles and love to travel, while others want the roads only for themselves. For the moment, the Linden officials don't have a clear policy about vehicles and each case is treated separately[3]. To make an automated vehicle that will travel on Protected Land, you don't need an apprval from the Linden officials. This means that everybody can create vehicles.

Second Life Geography team made a study along all materials posed on forums, blogs and anywhere about automated vehicles, for the SLGI Trains. It looks like the most common problems are as follows (in order)

Overall, there is one thing that multiplies all: number of vehicles. For a creator of automated vehicles, this is the bigest task: to find what is the optimum number of vehicles, so they will be appreciated by majority of people and there will make angry less people. Yava Script Pods usually have a schedule of one vehicle every 30 minutes. Around pod bases there can be seen more vehicles, but they tend to follow different routes and separate fast. SLGI Trains have a schedule of one train every 6 hours for each route. For some parts of the railway they follow common route, but still there are not more then 24 trains in 24 hours.

Here are link pages to the transporation companies that have continental or intercontinental coverage (in alphabetic order):

Caledon Railway has automated scheduled trains moving on a rail without 'Guide'. It is found on the private continent Caledon - Winterfel (continental coverage)

Roaming Continental Vehicles is an article made to include all roaming vehicles, found on all continents. They are not owned by a single company (continental coverage)

Here are linked pages to transportation companies that have multisim vehicles (in alphabetic order):