What is combat in Second Life?

Second Life combat generally refers to events within inworld games where Residents fight other Residents based on rules imposed by a "combat system". A combat system is in turn part of a game. This is roughly equivalent to "player versus player (PvP)" action in various online games.

The main difference with Second Life combat is that the combat systems and games inworld are created by Residents, real people like you. (There's only one exception, which we'll get to shortly.) This is similar to a gamemaster creating an experience inside of Second Life for you and others to enjoy. This also means that changes to a combat game aren't made by Linden Lab, but by the game creators.

Originally, there was only one combat system, the built-in one created by Linden Lab, the informally-named Linden Lab Combat System (LLCS). It's rudimentary and doesn't offer the flexibility expected from those who've played various multiplayer games, so in response, teams of Residents began creating their own combat systems using the creation tools available to all Residents. Roleplaying communities grew, some involving combat, and now, combat is a popular activity across Second Life. 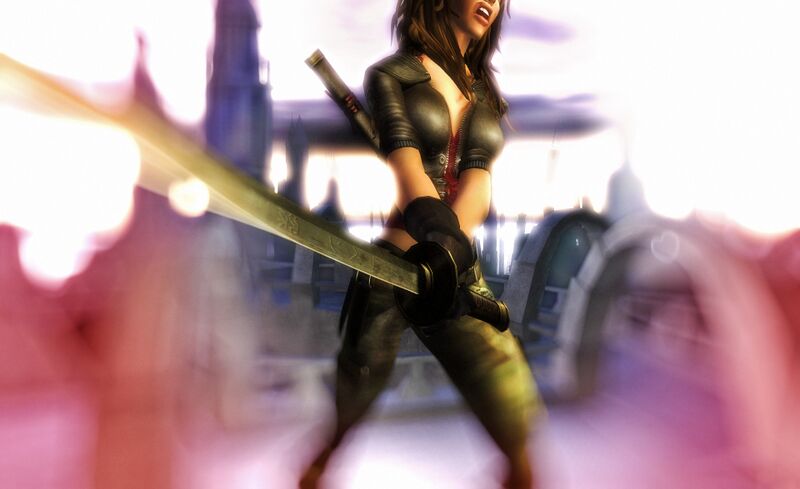 Where can I find combat in Second Life games?

The Destination Guide has a Sports & Games category, as well as a Role-playing Communities category. Both of these include places to visit with combat games. (Linden Lab is considering adding a specific combat category.) Many combat systems operate in a single region. For example, WWII Central is an example of a combat region, and several military roleplay groups have their own individual combat regions.

Also, various combat games are linked to from the systems they use, shown below.

What are the available combat systems? How do they differ?

Like video games elsewhere, combat can be used in different ways in Second Life. Some may prefer RPG-style turn-based combat where you match words and wits against other players, while others care more for action-oriented gaming where the goal is to shoot everything in sight. Combat can be the central focus of a game, or an optional activity on the side, it really depends on the game.

A combat system may be integrated into a heads-up display (HUD) that you wear (attach to your avatar) to see various statuses and execute actions. Only you can see your HUD. You may also wear a "titler", visible to others, which shows text above your avatar's head like your in-game name (if different from your SL account's display name) and remaining health.

See the Combat Systems page for more information — and if you make or use a combat system, feel free to add yours to the list!

What are the penalties for dying in Second Life combat?

While penalties may differ depending on the combat system, dying from combat in Second Life is never permanent in regards to your overall SL account. The most that may happen is you need to start over from a checkpoint. In the case of the Linden Lab Combat System, you're merely teleported home.

What are the exceptions to combat in Second Life?

Scripted weapons with effects like pushing avatars can be used outside of a game. When rules haven't been agreed upon, if you use a weapon to unconsensually annoy and harass others — that's griefing, a kind of abuse which can get you banned per Linden Lab's Terms of Service.

In other words, stick to using weapons in games and designated zones where all participants have decided it's fun to shoot each other, and you'll be fine.

Also, there are scripted devices marketed as combat systems which aren't part of a game, although they have similar functionality. These combat systems are sometimes used as protection devices against griefers, although Linden Lab recommends not shooting back (since things to escalate and innocent bystanders get hit), but instead, filing an abuse report. It may not be as Wild West, but at least you can honestly say "I'm not a jerk".

If you want to have more reckless combat fun without following most rules, see "freestyle".

What kinds of stuff is found in Second Life games with combat?

You may already be familiar with many conventions if you've done deathmatches or played MMOs. In fact, many role-playing games in SL are likened to "mini-MMOs", and some have equally intricate rulesets to match.

Upon entering a game experience, you'll commonly come across the following:

There are thousands of weapons in Second Life to choose from, and some is specifically designed to be compatible with a combat system. Commonly, there are "melee" and "ranged" weapons: melee weapons are held by a avatar (like swords), while ranged weapons shoot a projectile (like guns and bows). There are also grenades, traps, magic spells, and other kinds of weapons specific to a particular game.

Defensive skills, in addition to offensive ones, are an important part of combat in Second Life. In a game, you might be able to buy upgraded armor that allows you to take more damage, or confers other advantages. Some games may require you to go on a quest to collect parts of an artifact, or allow you to collect other "inventory items" with useful (or harmful) effects. Certain games involve vehicles to travel around, or teleporters for fast access to key locations.

How do I optimize performance for combat?

Many combat scenarios, having been influenced by shooters and twitch gameplay, require you to react fast to win. Certain things may be beyond your control, such as ping time and server-side lag. Nonetheless, there are general performance tips that apply, and specifics you should be aware of: