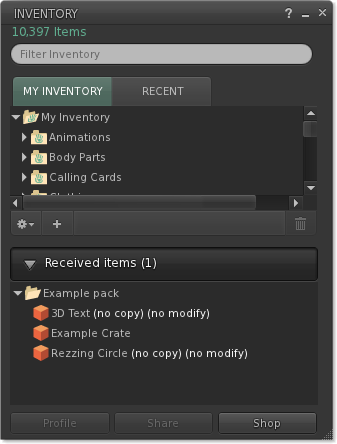 Testing is a easy as rezzing existing inventory items, creating new items, taking or taking copies of the items, and transferring inventory items between accounts. You are testing to see that any items you newly receive end up in your "Received Items" inventory panel. (Items you rez and take back will go back from where they came from.)

Examples of what goes into Received items

File bugs in JIRA using this link for any issues you find. Select the component "Inventory".