Running viewer outside of MS VS

To leave the executable where it is, but run it without running MSVS:

Alternatively, if you really want to pull SL executable out of the build environment: (Thanks to Ambrosia of sldev list for this text. I have not tried it myself. Lear Cale 18:11, 5 February 2009 (UTC))

Copy the contents of your build-vc90/release/* (or debug, or relwithdeb) folder into that one. The only exceptions are the secondlife-bin.* files aside of the .exe, you don't necessarily need those.

Also copy the following files from indra/newview/ there:

llkdu.dll needs to be grabbed from a plain LL viewer. If you use OpenAL, you might have to rename openal.dll to openal32.dll, and you might have to manually copy fmod.dll from your /libraries/ folder into the new one.

Soft Linden introduced several sentences that include an acronym "TLC." What does that mean? I looked up several dictionaries, but I got "thin layer chromatography" and "tender loving care", that both don't make any sense in this context... Please use plain, no cryptic English when updating SL wiki. Thanks. --Alissa Sabre 06:48, 18 May 2008 (PDT)

I'm not sure whether it is possible to build a stable binary using VS2008, but at least there seems no instructions available on the wiki...

Quicktime has developer SDKs (presumably outdated, but they still work) on a branch of their website [1] [2]

The Windows Build Instructions left out the detail that you must run:

VC++ Express 2005 Settings that resulted in a successful build of snowglobe 2.0. 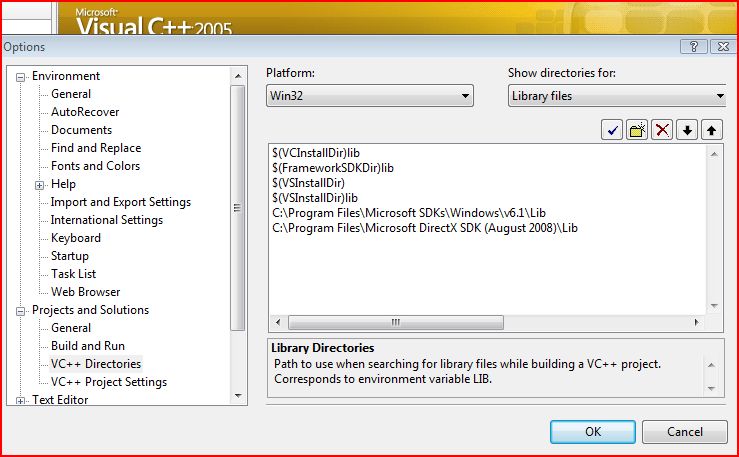 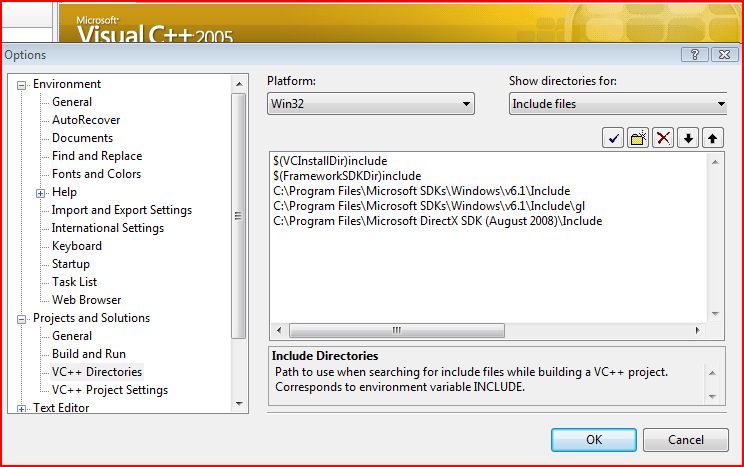 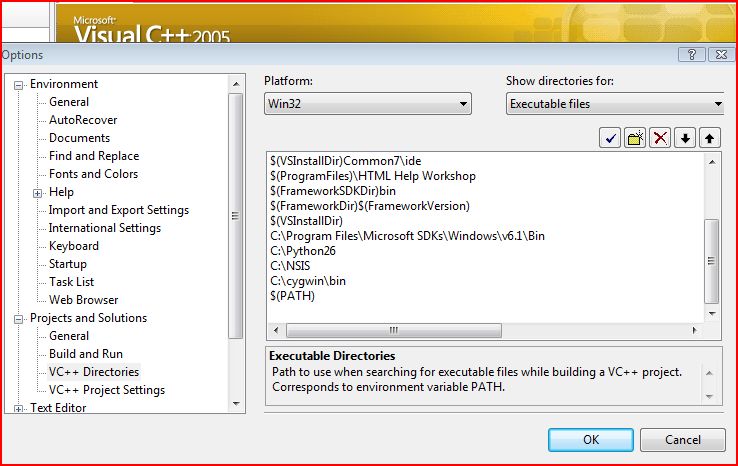 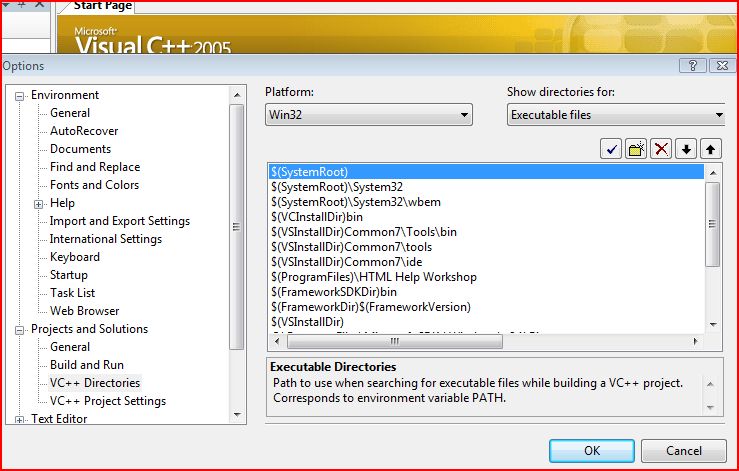 With patches SNOW-584 [3] and SNOW-578 [4] applied. VC++ Express 2005 Executable, Include, and Library Files set as in images above. SG2 Secondlife.sln built all the way into Setup.exe without errors. The first 3 entries of Executable Files address the finding of redistribution files.