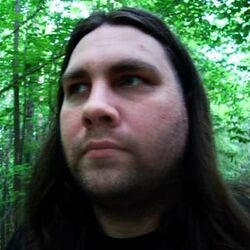 Dedric Mauraic is an avatar representing the persona of Lewis Moten (also known as "Lewie"). Lewis is a long time resident with a wide range of technical skills. Lewie understands the scripting language that makes objects interactive and can offer multiple approaches to solving most problems by integrating existing services, or developing custom solutions. He also focuses on resource constraints and user task analysis. 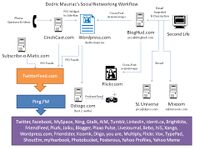 Lewis often posts daily snapshots and brief details about his experiences in the virtual environment. He has a complex range of services that automate the posting of each post throughout the internet on social networking sites as well as services to translate those posts into podcast form. The primary location to keep up on his experiences is on his blog for Dedric Mauriac hosted at wordpress. In addition, he has produced his own podcast, Blue Hair, featured on Rezzed.tv. A more regular podcast has recently started providing daily opinions as well on a separate podcast feed on cinchcast.

Lewis Moten's real life job is with CSC (Computer Sciences Corporation). He was one of the leading subject matter experts in a global team bringing CSC into Second Life for it's 50th anniversary celebration.

Mr. Motens skillset in the IT industry consists of (but is not limited to) the following: 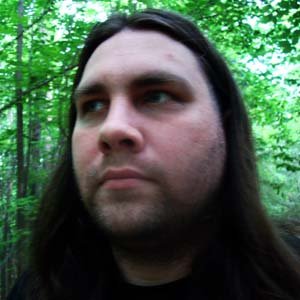