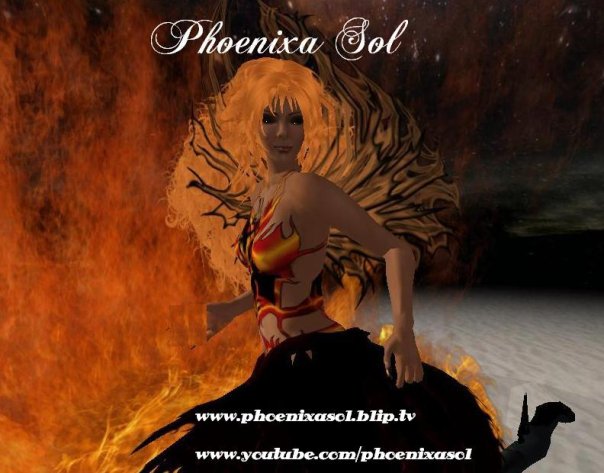 Thanks to Torley's brand new tutorial, I'm now creating this wiki page with links and SLurls,
albeit a bit slowly so that I can make sure it's correct.
Since this is my wiki profile, please resist the urge to edit anything on it and use the discussion tab instead. Thank you.

If you see me in world, you've probably seen me dancing. You might have noticed that while I'm doing mostly familiar dances... I'm doing a lot more during them than just the *off the shelf* dance.

What am I doing in addition? How am I doing this? How can you make this happen in your own dancing?

Due to many people asking, I finally took a pause in dancing to create a video tutorial of how I dance in secondlife.com.

Feel free to use the pause button and take notes, my program isn't the greatest for text titles.

One thing I forgot to mention in the tutorial would be it is *massively important* that before you perform any dancing IN secondlife, you warm up any dances or poses you will be using. If you dont... when you click to dance, your avi just stands there looking cute for a few seconds until the dance is in your cache and you miss the music phrase you were aiming to interpret! (big oops! winks)

It was a large investment for me to start making one dance sphere which contains every dance I own, and takes me at least an hour to warm them all up, but it's been very worth the time, money and effort. Someday, I'll actually get all the rest of them in there, but what I do have is mighty helpful.

I want to move immediately when I click that HUD.

Also, it should be said here why I make videos in the first place rather than much live dancing in Secondlife other than for fun at clubs. I discovered in the very beginning that people do NOT see the same performance I create. The best example I can cite would be one of my earliest videos to The Stripper.

While developing this particular dance to The Stripper, I had a friend on the phone who was watching me in secondlife do the dance. He wasn't seeing the movements to the particular music phrases as I did them. I looked on my partner's machine, and they weren't the same there either. Turns out that everyone's machine caches both the music AND the animations at different rates due to a variety of factors. (connection, processor speed, lag etc etc)

And so, in answer to this problem, I learned to make machinima so that everyone sees that hip hit and kick on that particular bomp de bomp! (not 30 seconds later). I'm still learning and I'm no Steven Spielberg here!

As to my favorite of all the videos I've made? Um... all of them, depending on my mood? Okay, well for the overall of how it turned out, I think 25 or 6 to 4 is one of my latest favorites:

Thank you for checking out my dance tutorial and happy dancing!

The Tutorial: How I dance in secondlife.com

My tutorial showing how you can dance in Secondlife the way I dance.

I have included each creator's name first in these SLurls. We all know that locations change from time to time, and I dont have time to check daily for accuracy. If you find that a location is no longer there, you can search in secondlife for the creator, and hopefully they'd have updated their own profile for where their dance vendor can be found. (Update Dec 16, 2010)

For each of these SLurl locations, there may be a landing point and you may have to look around each location to find the vendors for the dances.

Dancing Lemon, There In Spirit AnimationsD

The Quick Pose Hud from Huddles

I cant say enough about this particular hud. I had tried many others, but found them too complicated to use at the split-second timing I need for approximating the real life dancing I've always enjoyed. I dont want to be paging through choices when a music phrase is coming up. I want a one click *BAM* I'm up in the air flying to it, sommersaulting on the beat, or whipping a lightning fast illusion spin to accentuate the phrase.

Also, my dancing is too spontaneous to depend upon any system requiring preplanning and setting up in notecards. This Quick Pose system from Huddles is perfect. Barring lag in secondlife, I click the button and instantly flip, twist, fly or just change dances. Practice is important to success using this system.

The free program I use to create dance moves

For my own moves, I upload these to priority 4 when uploading them to secondlife.com. This is so they will override any animation I'm already doing and when finished, I'll rejoin the last animation still in progress... provided it is a looped animation, such as a dance.

I've found when creating moves, if I adjust every joint 1 degree on frame 2, the joints will perform whatever move I've created in the animation. Any joint I've not readjusted, will continue with whatever underlying animations I was doing when I began my own. Such as, during my splits animation, I've left the neck and head at the original coordinates on frame 1 so that they will keep grooving on whatever dance I was doing when I started the splits animation.

Sometimes, this doesn't work out so well and my head (or other limbs) will do some unnatural position. At those times I have to remake the animation and move the head one degree on frame two in the animation program so the head will face the direction I want it to. If you wanted a *Linda Blair in the Exorcist* effect, this is probably how you'd go about creating one.

Torley has just created a new tutorial on using Qavimator and uploading animations to secondlife.com:

There are plenty of FAQs about how to use the Qavimator available elsewhere.

The program I use to create the videos

This program is for Windows operating systems. I dont know of a Mac application.

Though this program is a free download, I paid the nominal fee to register mine because the free version only allows you to capture 30 seconds of footage at a time. I'm busy dancing and interpreting the music, creating this art and doing all I can to express the music through my dancing. In all that I'm doing creating the art, I cant be watching the clock too.

Fraps files are HUGE and the file extension .avi. They need to be converted.

I use the Windows Movie Maker to convert the files as well as post processing, such as adding title pages, credits etc. I convert my videos to .wmv files. I tried to use DivX, but it wouldn't work with the fraps.

I also found out the hard way, that creating and storing videos takes up a lot of room on my computer. In merely one month I'd used up almost all of the 160gigs on my machine. I bought a 500 gig external drive and now have plenty of room to create and store the video files and mp3s.

Incidentally, unlike others who have made dance videos by adding the music in the post processing, I play the mp3, dance to it and capture the entire performance to video.

How to create gestures by Torley Linden

The backstory on my use of gestures is once a long time ago I was trying to combine a front flip with a full twist. This was even before I'd discovered the Huddles Quick Pose Huds and I had the animations up on my screen and I was trying to click quickly from one to the other. This was extremely frustrating and I could only pull the move off successfully 1 in 10 attempts. I am very grateful to Crystal Falcon for suggesting to me to create this combination in a gesture, and to alter the timing of the second animation by trial and error until it combined as I wanted it.

Now, I merely type a keyword and the move rolls out as I want it. Granted, this is also my lag test, and I've discovered that if my flip doesn't get off the ground, it would be too laggy in the area to do very complex dance maneuvers.

A group I created on Flickr for dance images from secondlife.com.

==I hope all of this information has been helpful for you!