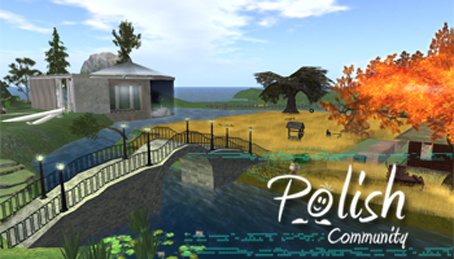 Polish Community is a project focused on promotion of creativity and cooperation between Residents in Second Life®. Originally established by Magnus Balczo and [Malwina Dollinger] on February 2009, the project celebrates human activity and creativity within digital world of the Second Life®. The main aim for the project is to increase the level of integration and accommodation with Second Life's® interface of Polish-speaking Residents. By using semantic solutions of the technology of new media, Polish Community opens the possibility of realization and participation in panels of education, business and community programs for every Resident of the Second Life®. Taking into consideration the polysemous nature of Second Life® platform, Polish Community successively contributes to cultivation and promotion of Polish culture, tradition and art on the international arena.

The essential idea of the Polish Community is collaboration and participation of all Residents for whom support and help are rudimentary targets of existing in Second Life® world. Thus, this world - fully created by people and for people, in which human imagination is a sole border – is a place to which Polish Community welcomes everyone.

The first step towards meeting expectations of Polish Residents in Second Life®, was opening of the community project – Polish Arena. The project has served as method for promotion of the Artists, as well as solution for improving the real interactions with fans within digital world of Second Life® under management of Artistic Director - Jacek Short. In order to reach it, Polish Arena has devoted to public sphere two scenes, distinguishing with flexibility to fulfill requirements and requests of Artist due to specific event. In accordance to convergence theory in which borders between professional and amateur are merged - on Polish stages could have performed both - the great musical stars as well as completely new and unknown artist. Moreover, Polish Arena has encouraged Residents to generate and create of new, musical trends and methods for their realization in the era of digital communication. 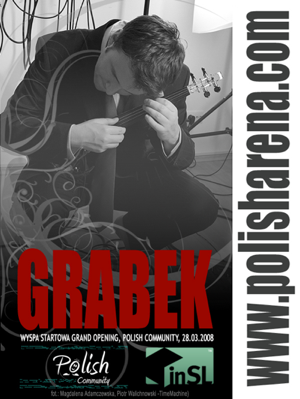 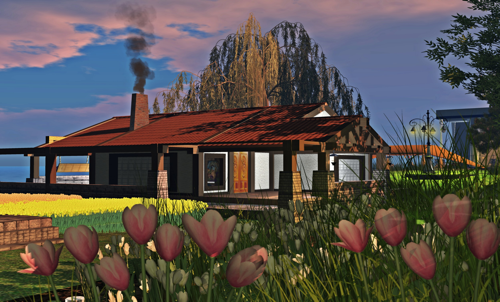 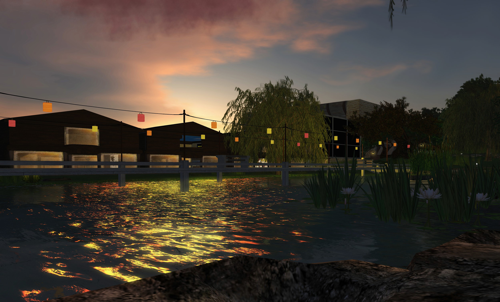 With respect to combination of technology on Second Life® platform, Polish Community has improved successively also the communication and interaction between users from various parts of the world at the same time. At this moment it is worth to mention the tools of streaming media, which let to full synchronization of the sent and received audio or video signal have been practiced widely. So far, Polish Arena has been responsible for organization of performances of real artists, theatre performances and various spontaneous meetings. 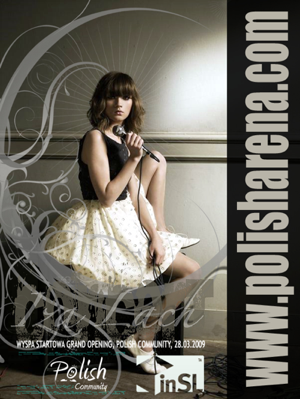 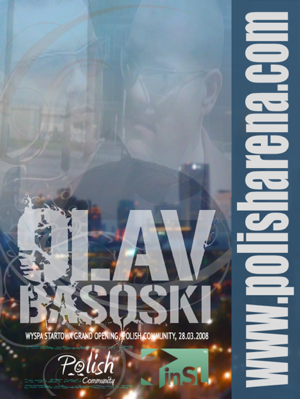 From August 2009, Polish Arena has been transformed into place of direct support for Polish Residents. Thus, both - real investors and SL Residents - who are interested in business management in Second Life® virtual world may find possibilities in the well - prepared commercial sector (office and mall building). With time and as result of demands from Residents who discover sense of belonging, Polish Community CEO has opened opportunity to rent a space at Polish Community region. Therefore, new Residents who start their journey with Second Life® from Polish Community Orientation Island have option to examine and experience particular panels of participation at low risk of failure.

Additionally, the whole sim is perfectly set together with the idea of open space enriched with natural
landscaping. The richness of choice in exterior design
creates coherent and peaceful experience of three dimensional environment of Second Life® for all visitors. You can check it by Yourself over [HERE.]

In summary, Second Life® platform's is a unique form of the promotion and the interpersonal communication which take place globally. Polish Community is helping to open this world to human creation, the skill-sharing and revealing new prospects with the newest multimedia technologies for all Polish Residents. With devotion and smile we are able to mark Polish presence in Second Life's® metaverse more effectively.

On March 28, 2009, Polish Community has opened the next part of its agenda, Polish Orientation Island – Wyspa Startowa.
From March 29, as result of cooperation of people involved in the Polish Community project with Linden Lab® in the form of the international membership in the Community Gateway Program and [Registration API] – the Second Life Grid™ technology panels, all registering Poles on the official web site of the Second Life® who want to connect to a community, had been given
a choice to start their adventure with the platform exactly on Orientation Island of the Polish Community. 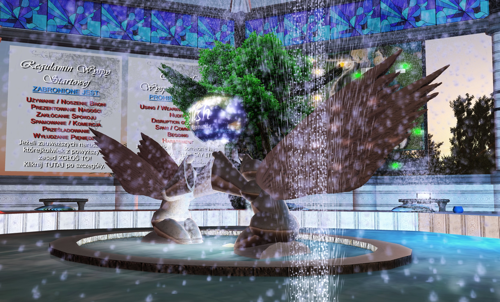 Moreover, Polish Orientation Island is based on the implementation of Polish translation of the Second Life® viewer (which has been coordinated and translated by authors of Polish Community project as well) into the training and tutorial programs which have been prepared for the new Residents.

In the order to increase the effectiveness of help for Polish Residents, Polish Community has started the program of the certification of Polish Mentors and Helpers, for which everyone of minimum six months activity in the Second Life® can apply. To become certificated Mentor at Polish Orientation, participants need also finishing prepared training – which rudimentary part is the knowledge of the Second Life's® Community Standards and Terms of Service.

In order to establish balance between newly registered Residents and those who still are looking for gaining the knowledge about inference of Second Life®, Polish Community Orientation Island has been divided into two parts: Basic and Advanced Part. Moreover, the simulator is protected by installation of security system, which separate New Resident's area from Advanced Level. Basic Level can be accessed only by Polish Community Mentors and any newly registered Resident who is no longer than 30 days in Second Life®. Advanced Level is accessed by all Residents. Additionally, for both parts, there is restriction in teleport as a measure of protection from distribution of "orientation user experience".

The basic part of Orientation Island is devoted for newly, registered Residents, who want to learn how to use Second Life's® interface. It consists from "orientation track" - essential collection of basic informations and hints. The didactic program is constructed with Polish translation of viewer as framework and combine with rudimentary instructions and interactive tasks. 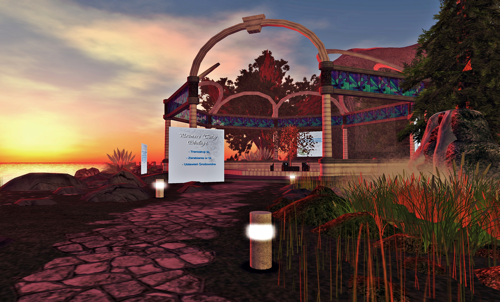 In order to increase level of effectiveness of prepared materials about basic tools of Second Life's® interface, Magnus Balczo, Malwina Dollinger and Villemo Inglewood have started to translate official Video Tutorials of Torley Linden. On July 14, 2009, Polish Community has been honored to welcome [Torley Linden at Polish Orientation Island]. The visit remains as significant step in examination of international collaboration and support for non-English speaking Residents. 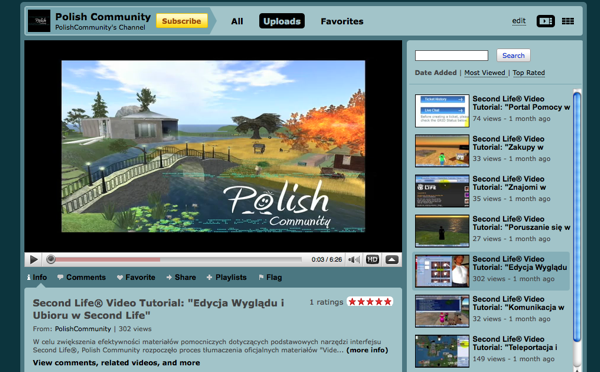 Moreover, Polish Orientation Island is a celebration and continuum for gaining a new knowledge about Second Life® by Residents with longer time on the platform. The Audithorium with Sidey Myoo's Lecture Hall is devoted to conferences, lectures, training programs. Additionally, the Sandbox had been given, in order to exercise creativity of Residents in the practice. In order to met expectations of Residents with longer time on platfrom, Polish Community has opened two significant panels. 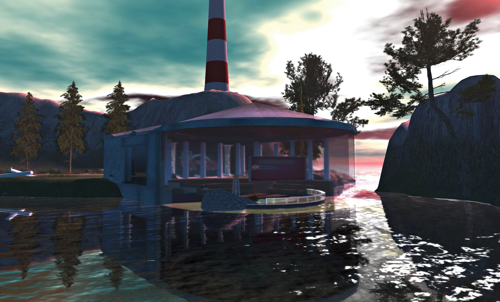 At Building School, all Residents with help of teachers can gain basic as well as advanced skills in building. Credits of recognitions are directed to many but especially for Identity Euler and Patron of School Mireille Mertel who have voluntary devoted their time and energy to prepare manuscripts of program for any single lesson in Polish language.

If You wish to join to Polish Community Building School, please visit us [HERE!]

Second important opportunity which is offered by Polish Community to all Residents is participation in Club Discussion meetings. Anyone who wish to speak about important to him or her issues in regard to Second Life's® existence can propose topic for presentation. With moderation and visits of particular experts from various fields, all Residents are able to gain new perspectives on Second Life's® user experience.

Above all however, hereby and delightfully, Polish Community is a fruit of the collaborative and non – commercial work of everyone for whom idea of support is essential. Credits of gratitude and recognitions are directed to the hands of many, but first of all: Identity Euler, Lionne Fairey, Villemo Inglewood, Mireille Mertel, Jacek Short, all members of Polish Community CEO and Polish Arena CEO groups. 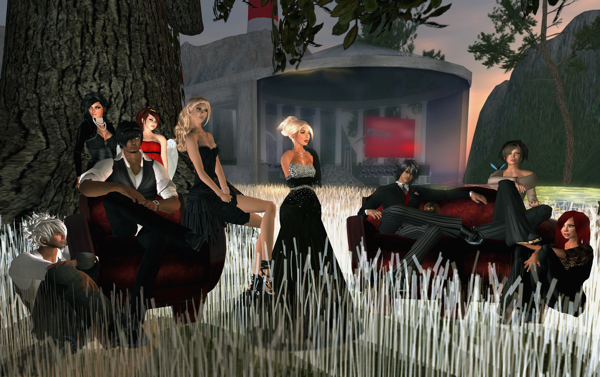 
Do not wait and visit us today! We are waiting - exactly - for You over [HERE!].