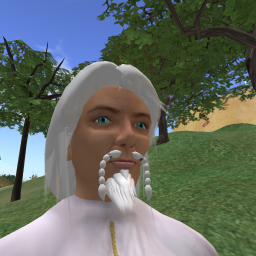 In The Real World

I worked from my home in New Hampshire (I did even before the pandemic lockdowns).

My career has been a steady climb up the OSI protocol stack... I started out doing link layer drivers at NCR and other places, built a few different network and transport layer protocols, then spent several years on HTTP (if you have a device that has a web interface, there's a decent chance it has my server in it), then several more on SIP (the core protocol for most voice on the net including SLs), and now I've worked my way up to virtual worlds. I've done a lot of standards development, mostly at the IETF, but also at other industry consortia.

I am compulsive about automating routine tasks, and have a small collection of handy tools that I make available for sharing...