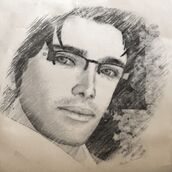 Pisano Smit created in 22/08/2007, met the Second Life through an online radio that played on the site powerscrap.com (site that allowed access to Orkut , myspace, facebook, twitter, all in one place). Commentators always sent this radio say "hello" to the staff of Second Life, and that was puzzling me. When researching a little about Second Life on google, found a site in Portuguese that made entries for this virtual world. Brazil was the Mainland (the KaizenGames). Entering the second life noticed a general idealism by beautiful avatars (then not so much), researched and decided that would be your avatar wheelchair. This decision reflected by the second life as to achieve the "Real Life" (real life), being the subject of a story for the newspaper Estado. Like being the MLBR Copacabana, where he made many friends as Pujol Smit, My17 Akina Pamin Oyen, Anne Loring, Fire Handrick, / Rainha Beck, Kalli Tomsen, Play Price, Tricia Huldschinsky, among others. It was at the invitation of Pujol Smit Smit Pisano that participated in the first steering group, the SL Advisors, and so became interested in helping the residents. Filmography Later, in 2008, Fire ( former mentor) tells me about the Mentors group and warns of the open enrollment. In the same year, half of 2008, Pisano Smit enters the Mentors group Volunteers of Linden Lab, where he remained until the end, in December 2009. Filmography In the meantime, as a volunteer mentor, helped found the Grupo de Ajuda SL Brasil, started by two mentors who were concerned with the abandonment of the former island of birth of KaizenGames (formerly Global Provider), Pisano Smit and AnaLúcia Loon, later received the support of the Green Lantern Corps (Brazil) and some freelance volunteers. Remained in the group coordinating the group of apprentices to the beginning of 2010, when he left the group to coordinate Portal Brazil ( Former Brazilian Gateway).

My Experiences in Second Life