Editors Note: On Friday, 17 October 2008, at 7 pm SLT, about eighty new regions suddenly erupted from the Void in the area formerly known as the Nautilus Lacuna. This unplanned manifestation mystified residents of South Nautilus and land management Lindens alike. I was asked to investigate, and this represents my hasty collage of evidence. I will stress that there does not appear to be any danger to either Nautilus residents or the Grid itself. The new lands, though full of wonders and apparently well maintained, are unpopulated. This island is now called Nautilus City.

Land management Lindens have long acknowledged the odd gap in South Nautilus. The Nautilus and Satori continents link on the west with water Regions. For rest of the border, everywhere east of Pan Suong and Giranzo, there was only the Uncrossable. The Void separating the two continents is only two Regions thick for most of the length, raising questions as to why the intervening Ocean Regions were not rezzed. Jack Linden replied "Well that's just it -- we believed that we *had* gridded the open spaces between Nautilus and Satori. All our instruments showed that the Nautilus Lacuna was filled, but we could never teleport there, and nothing ever showed on the map."

Jack spoke of Magellan Linden, the famed explorer whose footprints were the first to grace most of the known continents of Second Life. Magellan discovered Nova Albion, Heterocera, Gaeta, and he first explored all the other continents. For those unfamiliar with Magellan's legacy you might want to check out: 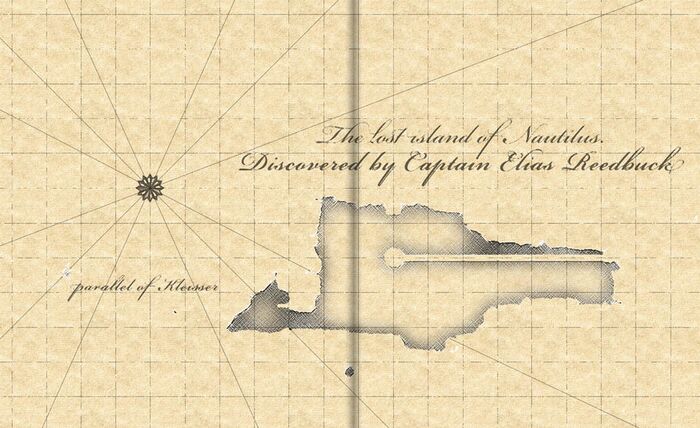 Michael then provided the next clue. He brought me back to his pod of desks and pointed to Magellan's Mac. There, sticking out of the side of the laptop, was a USB flash stick hand labeled "Helmet Cam". Sadly, only one salient video file remained. The rest had been recorded over with something more recent: Magellan at home, wearing his primitar suit and drunk IM'ing various Linden alts with deprecations and curses. 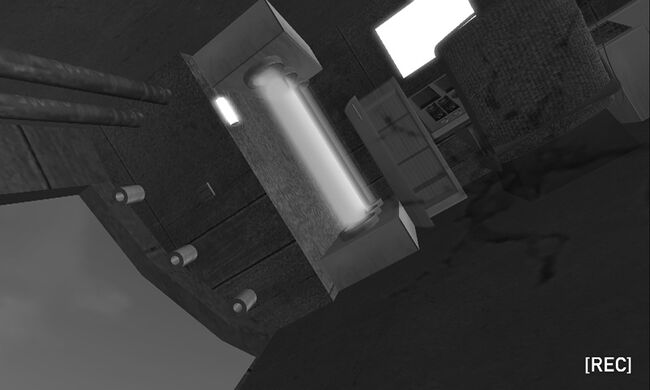 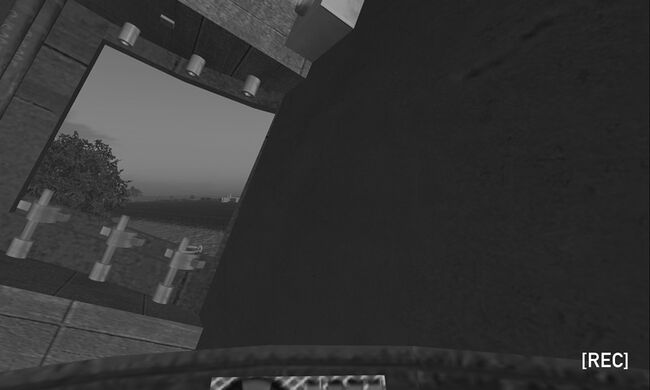 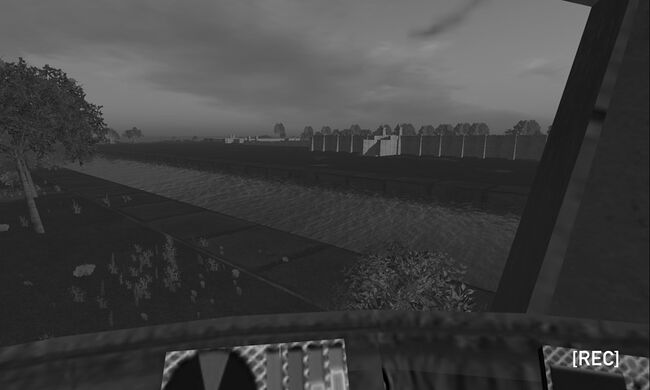 I’ve established four Rez Zones for boaters around the Nautilus island; they each have a blue mooring bouy in them. One at the eastern end of the canal, one at the smaller island off the south shore, one in the outer harbor area, and one on the northern side, in the “notch” below the citadel wall. I guess the ancient Nautilonians … Nautiloids? … Residents didn’t need Rez Zones. Anyhow, the bouys aren't particularly ancient! -- Michael Linden

One of the LDPW Moles (name withheld) shared the following photos with me. These are two views of the Mole Tank, the special vehicle built for Magellan Linden by the Moles. I include them here to help identify any tracks, tunnels, or wreckage that may be found. 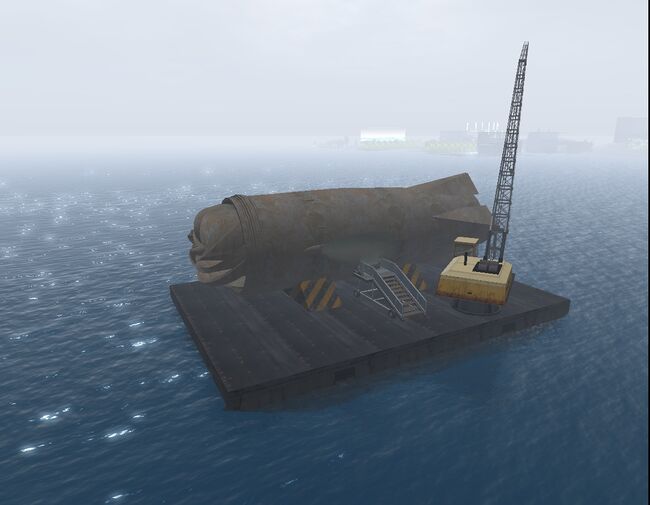 The above shot shows the Mole Tank stowed on a barge and apparently ready for deploy. Location is unspecified. 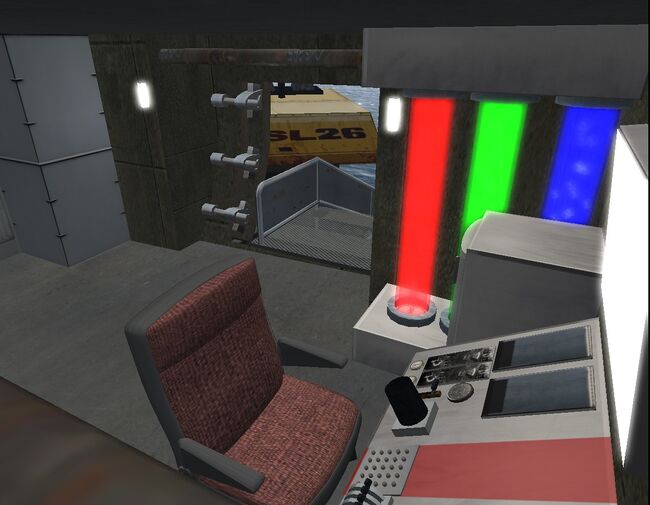 This shows an interior view of the Mole Tank as it underwent pre-launch testing.

Magellan has still not surfaced, though evidence of his presence has been discovered in the new Nautilus City.

As alluded to earlier, I was approached by a resident who was manifesting as an obvious alt (account created yesterday). The resident, Elcano Swashbuckler, offered information on the appearance of the new lands below the Nautilean continent and the connection to Magellan Linden. Elcano seemed exceedingly paranoid, and had several requirements for our meeting. Both of us would show up in alts, no Lindens allowed anywhere on the region (so no god powers?), and he said that he would run all his chat messages through a translator twice, so as to hide any telltale phrasing which might give away his identity (?!). Here is our chat log:

You: Nice to meet you, Elcano. You said you have evidence about Magellan's activities in the new Nautilus island?

Elcano Swashbuckler: Yes, I am in the semi-Magellan. I've been there, when the island is called NOCHIRASUSHITI was discovered.

Elcano Swashbuckler: Of course, you fool! That's what I said is. I found it here in the city of the MAZERANNOCHIRASU.

Elcano Swashbuckler: I do not know - the only annoying to the translator. I "" meaning the city of Nautilus. Anyway, I have the pictures.

Elcano Swashbuckler: I believe that these new areas of Magellan Linden discovered the true picture is called NOCHIRASUSHITI prove.

You: huh? You have pictures? May I see them?

Elcano Swashbuckler: Sure, I will send them through. Here you go. So I thought, Magellan is in trouble gridding for the lost city?

You: Magellan is in danger?

Elcano Swashbuckler: No, damn it, it is Magellan will face charges when you find it?

You: Face charges? What for?

Elcano Swashbuckler: To disable the invisible shield, you jerk! Eighty to cause new areas suddenly appear.

Elcano Swashbuckler: Nautilus City on the island, protected by a transparent shield said. Since ancient times. Magellan's shield to figure out the secret, these areas now, all that you can take it down, using his legendary skills.

You: Protected? The city was protected by a transpar--- by an invisibility shield? That's why we thought it was still ungridded Void?

Elcano Swashbuckler: Yes. No one did not have idea, with the exception of the great Magellan. He came to the place where the lost city of three hundred years old maps.

You: Maps.. yeah, I found an old map on Magellan's desk.

Elcano Swashbuckler: You rummaged through Magellan table! You are the evil pig! You steal one of his cigars? If you have you shall have it.

You: Easy, now. I'm just trying to understand what occurred. Do you know the fate of the original inhabitants of Nautilus City?

Elcano Swashbuckler: I have no idea. Maybe they left, perhaps some strange disease, perhaps they are all still there. In any case, whatever happened there happened centuries ago. The crystals kept in place and ready to drive.

I was unable to get further useful information out of Elcano. I present the photos he showed me below. 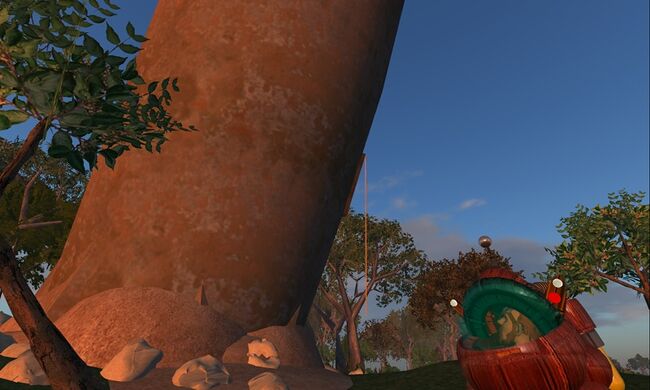 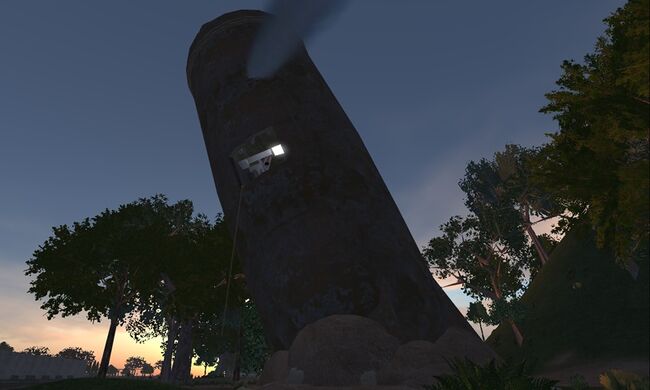 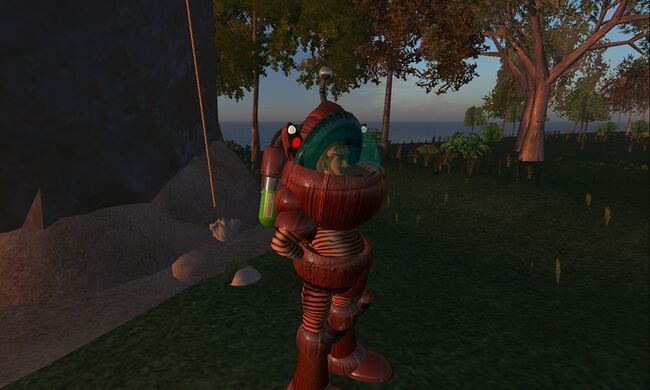 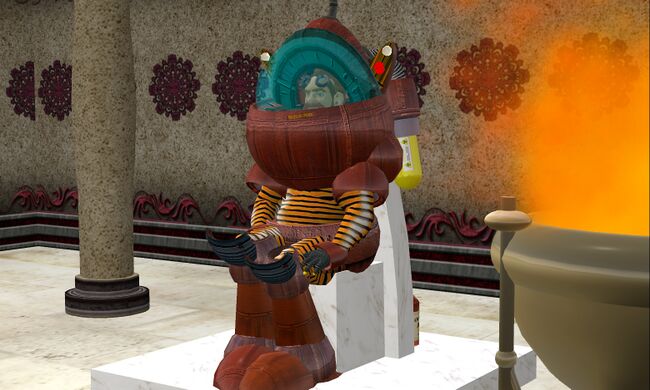