What Server Channel am I on?

If you hang out in the Firestorm Support Group for any longer length of time, you will most likely hear something like, "That feature will go out on BlueSteel on Wednesday". Or "LeTigre has a bug that is fixed on Magnum". What is that all about?

Second Life is made up of different servers, and the ones that run the regions are called Simulators. To test new features and fix issues, Linden Lab uses five different version "Channels" on their simulators, code named Magnum, LeTigre, BlueSteel, Snack and the Main Server.

Finding out your Server Channel

To find out which server channel your region is on, click on Help / About Firestorm ... 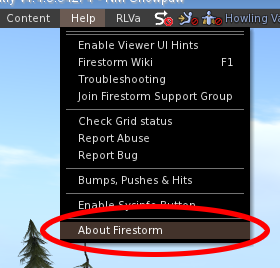 ... and look at the server version string: 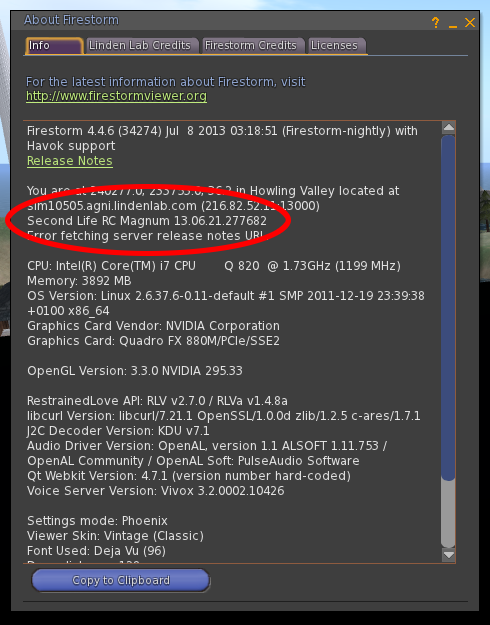 In this case, the region "Howling Valley" is on the RC (Release Candidate) server channel "Magnum". If it says "Second Life Server", the region runs on the main server channel, not on one of the release candidates.

If you want to know if the server version changed after a teleport or region crossing, enable the following option in your Preferences (CTRL-P): 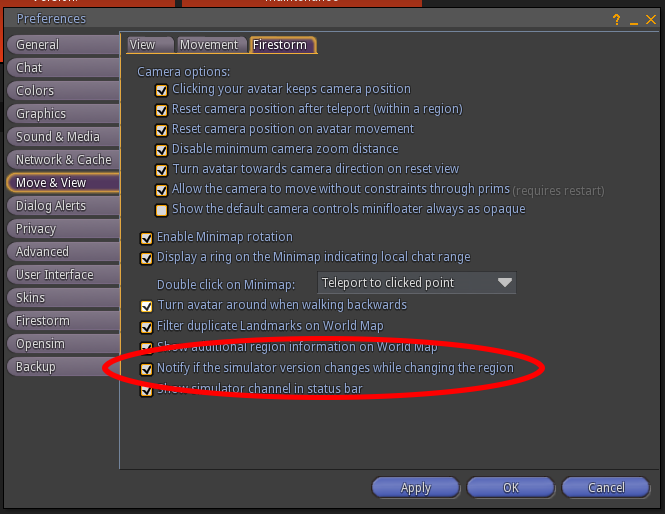 The option immediately below that shows the current server channel in the menu bar next to the name as well.