Note: As of Second Life 1.20, File menu > Start/Stop Movie to Disk has been removed because it was unreliable and there are better 3rd-party tools, including free ones. See VWR-2096 for details.

This page provides a list of video-recording resources with anecdotal experiences so that you can know about and use them!

Please add your knowledge and experiences to this page.

Most of these have demo versions you can try out. There's a variety of applications on the market, but to record Second Life's on-screen action correctly, a program must have OpenGL support (it usually says in the features). 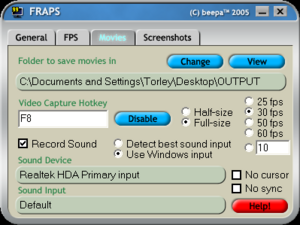