Sculpted prims are three dimensional meshes created from textures. Each texture is a mapping of vertex positions, where at full resolution each pixel would be one vertex, this can be less due to sampling (read below how the Second Life viewer treats your data). Each row of pixels (vertices) links back to itself, and for every block of four pixels two triangles are formed. At the top and bottom the vertices link to their respective pole. 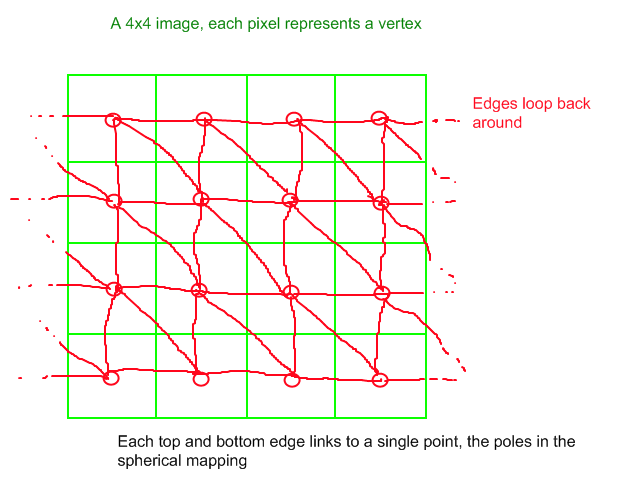 The alpha channel (if any) in position maps is currently unused, so we have 24 bits per pixel giving us 8 bits per color channel, or values from 0-255. Each color channel represents an axis in 3D space, where red, green, and blue map to X, Y, and Z respectively. If you're mapping from other software, keep in mind that not all 3D software will name their axes the same as SL does. If you have a different default orientation in SL than in your designer, compare the axes and swap where appropriate.

For each color, red, green, or blue, there are 256 possible values ( 0 being the first possible value, and 255 being the 256th ). 256 is an even number. Even numbers do not have a single median value, they have two, and therefore there is no color value that will map a vertex exactly at the prim's center, or exactly along the prim's x, y, or z center-line.

This analysis is based on 1.22 client usage.

Warning: As of 1.20.14, 32x32, 64x64 and 128x128 textures are stored lossless JPEG2000 compression if you check the lossless compression box in the upload window. If the texture is sized outside this compression artifacts exist and can corrupt your shape ruining any attempt at photo realistic texturing. Also the assert server block doesn't recognize anything above 128x128 as a sculptie even though it will function if placed in the sculptie window (actually any texture can be placed into the window.)

Important: When we refer to the texture in terms of how the viewer code sees it, the first row (00 - F0) is the top row of your texture. For the columns they are left to right. 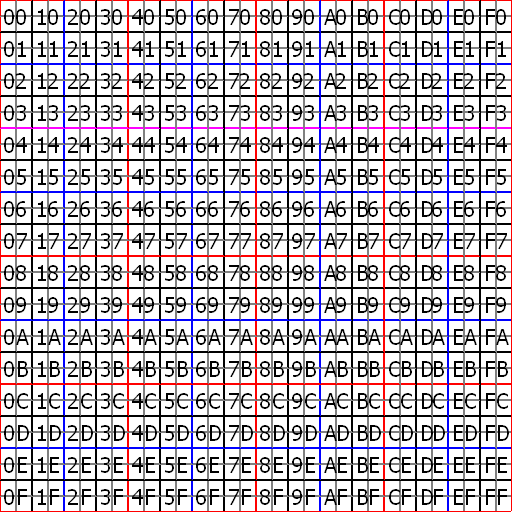 The Second life viewer will at its highest level of detail render a grid of vertices in the following form (for a sculpted prim with spherical stitching):

For each row the 33rd vertex is the same as the 1st, this stitches the sculpture at the sides. The poles are determined by taking the pixel on width/2 on the first and last row of your texture. (In a 64x64 texture that would be the 33rd column (pixels (32, 0) and (32, 63)) as we start counting rows and columns from 0).

For example, a spherical sculpted prim at the highest level of detail Second Life supports requires a mesh of 32 x 33 vertices. If we have a 64x64 texture, this grid of vertices is sampled from the texture at the points:

It is recommended to use 64x64 images (32x32 textures are not officially supported for sculpted prim use and may give unexpected results). In theory 32x32 should give you (almost) the same quality but current code will not use your last (top!) row of your texture both as vertices and as the row to get the pole from (for a spherical sculpted prim). It will trigger generation of a pole 1 row early and you'll hence get your 2 last rows of vertices filled with the pole. There are however 33 vertices from the north to the south pole of a spherical sculpted prim, and so we would not expect a 32x32 texture to contain quite enough information to determine the sphere.

A pack of sculpture maps was available for download at http://www.jhurliman.org/download/sculpt-tests.zip but isn't anymore. 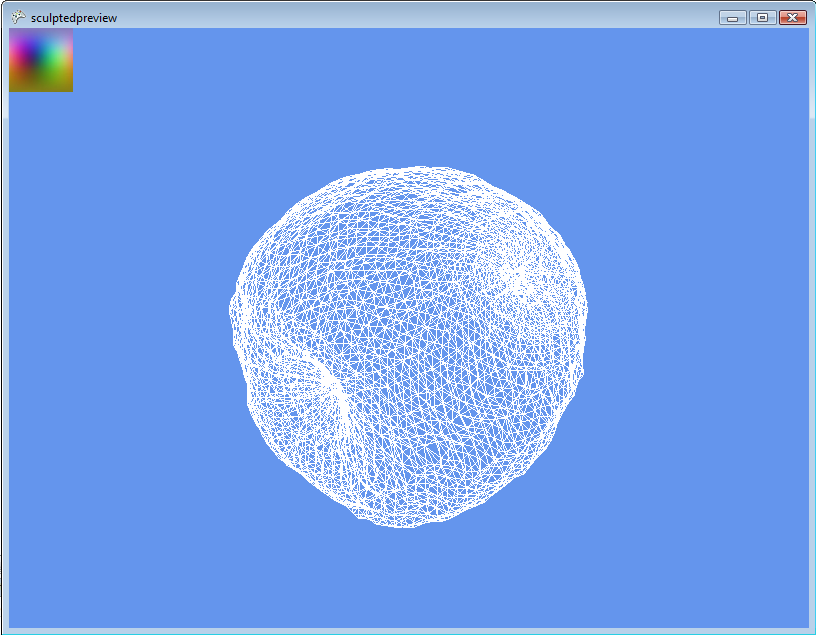 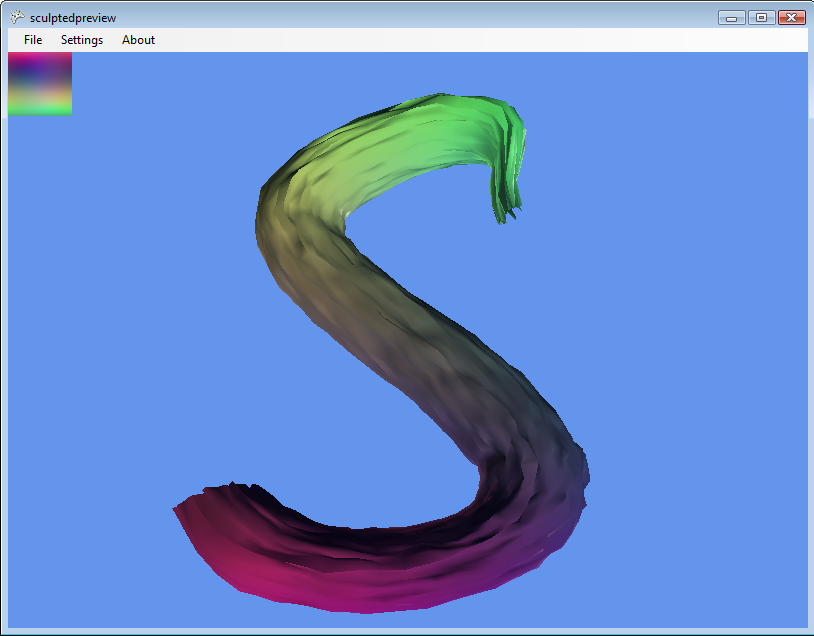 The following C++ program writes to a file "testsculpture.tga". The generated sculpture image can be used to understand the stitching type, and which pixels are used. View a prim in wireframe mode with this image both as sculpture as well as texture and change the stitching type.